Louisiana Drug Card, Powered by United Networks of America, Presents Check for $3,590 to Our Lady of the Lake Children's Hospital 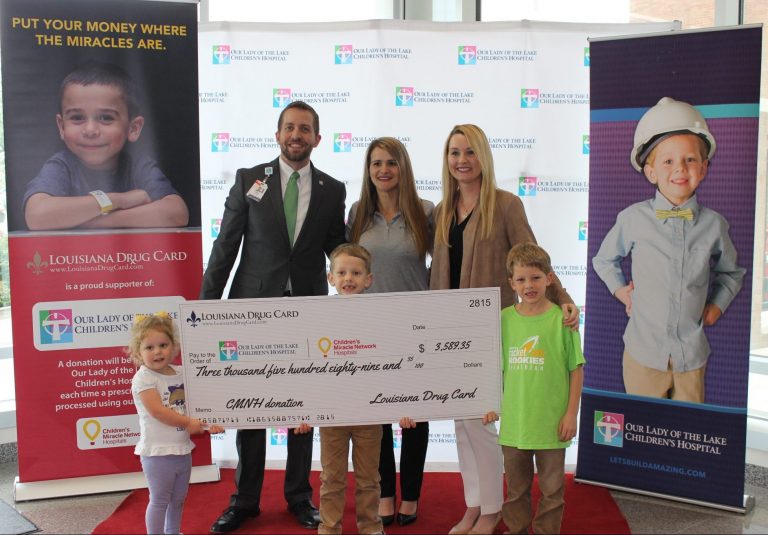